After a long, incredible day of shooting huge yellow tail, swimming with a hammerhead (that does not belong in the California Channel Islands) and enjoying the company of old friends we decided to renter the ocean for yet another few hours to chase some of California's most delicious quarry- the spiny lobster. 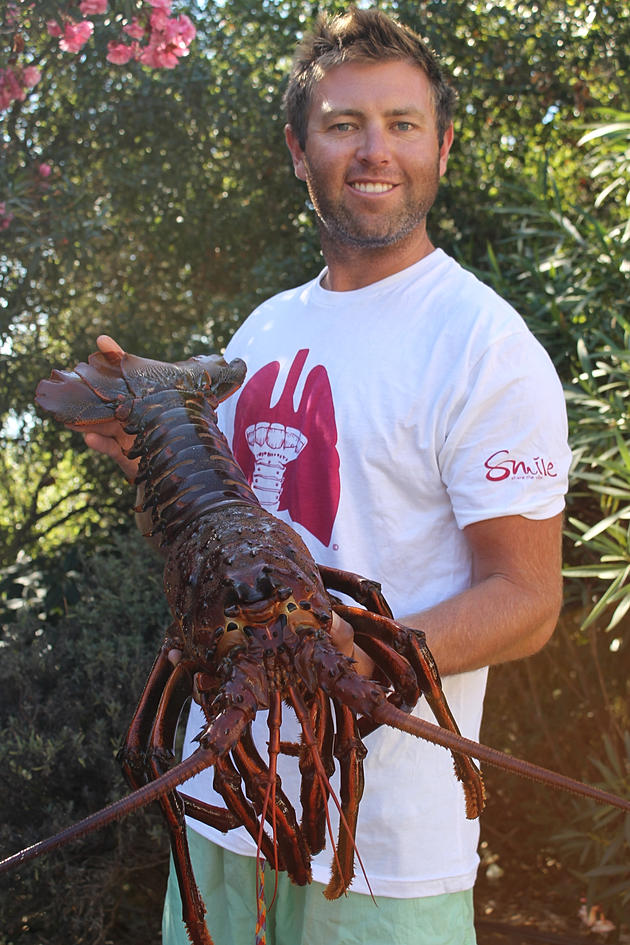 It was a slow evening with the occasional bug being picked up left and right. After over 9 hours in the water that day and nearly reaching midnight I decided to call it. With only 6 bugs in my bag I was hesitant to call it a night just 1 lobster short of my limit, but it was time to make the long swim back to the boat.

No sooner had I made the decision to head in then I turned my beam of light to the sea floor 15ft below me to see what could only be described as the largest most prehistoric ocean cockroach imaginable. I dove at the beast and tackled as if it were an underwater rugby player carrying the ball. Honestly it was not a challenge, I grabbed the behemoth and wrapped It up against my chest to swim straight back to the boat.

Upon returning to the boat we weighed the massive crustacean in at an impressively whopping 11.6lbs. I was so proud of my triumphant catch that I added him into the cooler along with his much smaller cohorts and the large fish from earlier.

We decided to call it a night and returned to the docks around 1am. 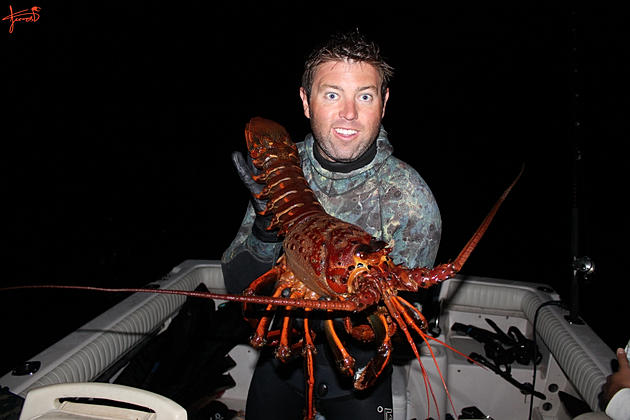 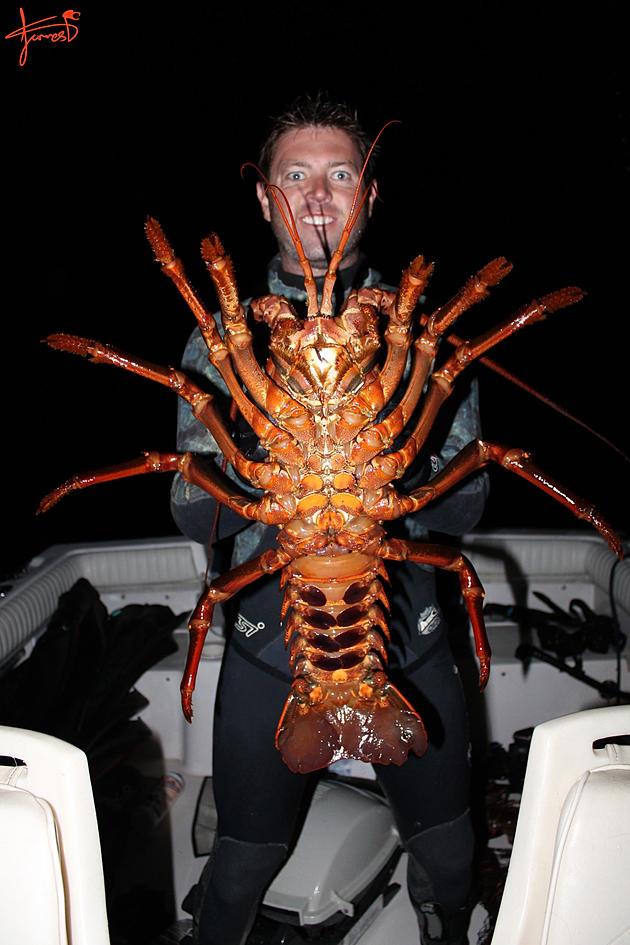 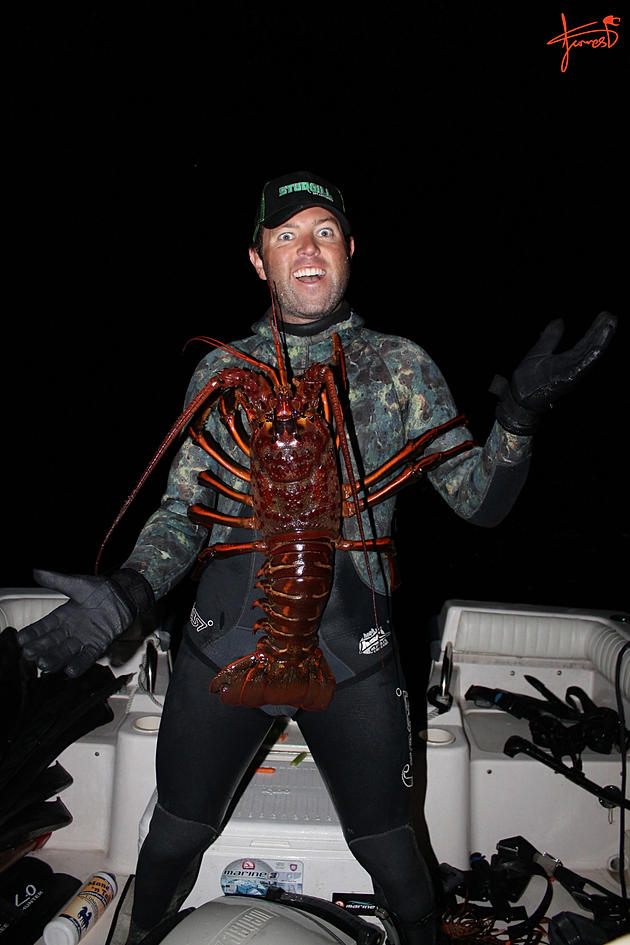 But the story of this amazing big bug, nicknamed Albert Girther does not end there.

The following morning I was awake early in a rush of excitement to show my massive achievement to my beloved family. However when I went to see the animal and brag about my catch a deep wave of regret and sadness came over me that greatly out weighed my sense of accomplishment. He was alive and well and knowing I had removed this ancient animal from his home and the thought of killing something that was more than 3 times my age for a one time meal saddened me greatly.

As a biologist I have contacts at animal related facilities all over town, quickly I called the local aquarium asking if they would take him, they were unsure, but I could not wait any longer. I jumped in the car and rushed the lobster down. Soon after Albert was in his new temporary home (and drawing a large crowd!) at the local sea center. 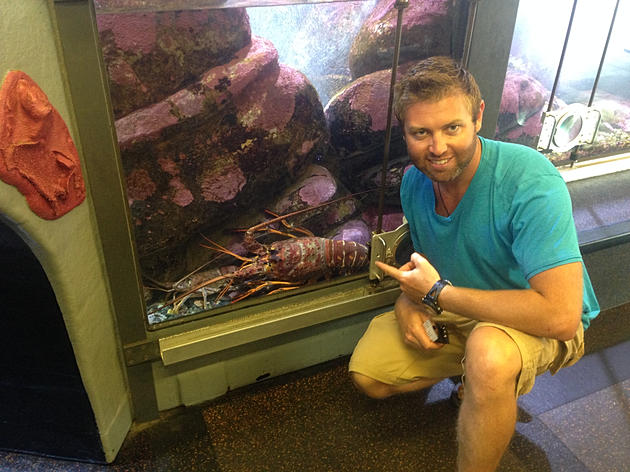 The center, and most of Santa Barbara for that matter had never seen a lobster quite like this before. He was absolutely massive in comparison to all other lobsters at the zoo and all lobster the head aquarist have ever seen! 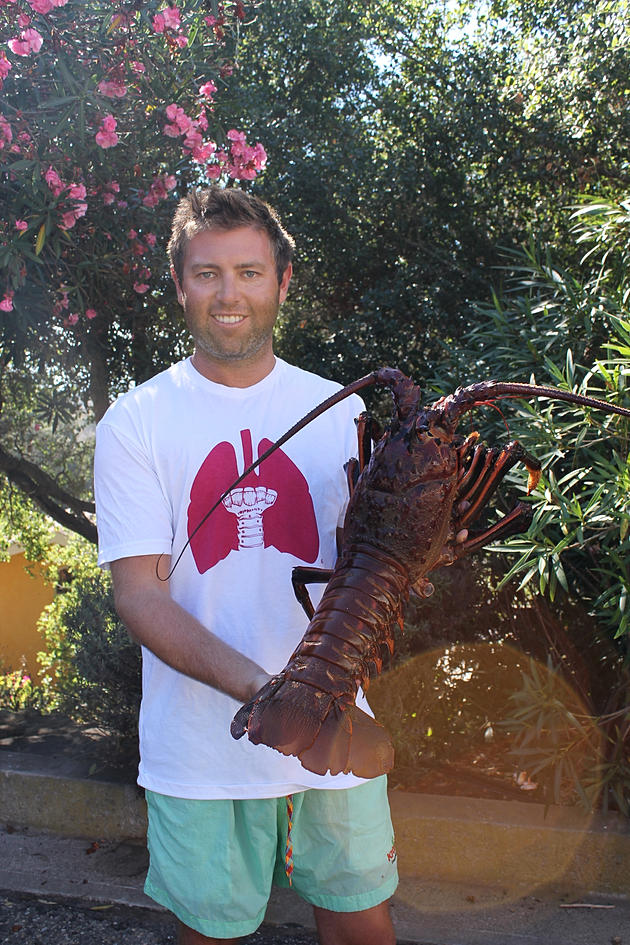